Alec Araujo Brings His Fresh Sound to FRISKY with Fenix

Get ready for the premiere of Alec Araujo’s Fenix, coming soon to FRISKY

As an artist, Alec Araujo has reached high levels of recognition and support that many producers only dream of. From receiving plays from DJs like Hernan Cattaneo, Nick Warren, Paul Oakenfold, and Dave Seaman, to getting positive feedback directly from Kraftwerk for his remix of their tracks, Alec has already achieved much in his career. His support for the music is reflected back through his powerful DJ sets that share his unique perspective and keen ear for new talent, and through the popular events that he produces in his native Brazil.

You can get a taste for his sound through his many excellent guest mixes on FRISKY, as well as experience one of his live sets on [Re]Live and the carefully crafted journey of his Artist of the Week set. A new adventure begins with the launch of Fenix, and I caught up with Alec to learn more. 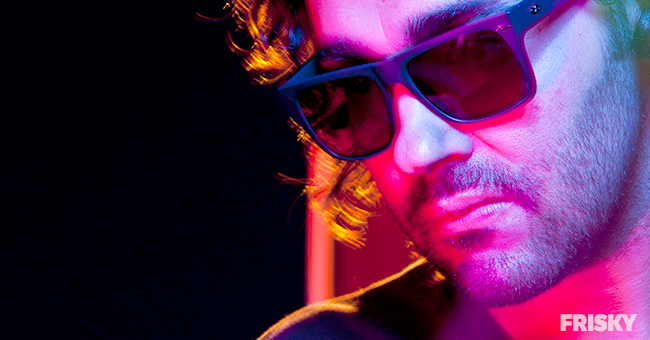 How did you first get into the music?

I always listened to Disco Music when I was a kid. I sang and knew all the lyrics of the songs that played on the radio. I studied guitar too. But when I went to a club for the first time that the magic of music took over. That was in 1995.

What do you love most about what you do?

The reaction that music makes on people. Know that you can provide individual joy, happiness, love and emotions in the form of music notes. I feel blessed to be able to provide this and happy to receive it back by the public in the form of a wonderful and stunning energy.

Is there anything that you’d like to be doing more of? What are some of your “career goals”?

I want to meet the world playing.

During my day, I receive messages from people around the world thanking me for my music. It would be a dream to meet them, hug them and thank them personally for that, in the city where they live or in the clubs where they like to watch their favorite artists. Already I’ve managed to achieve many dreams that I never imagined I would, and I feel blessed. The 1st time I saw a song of mine being played by a top DJ was unbelievable. This artist was Hernan Cattaneo. When other artists also got to know my work and request to send more original tracks, at that moment, I realized that my music was interacting with the world.

What have been a few of your most exciting or rewarding moments as a DJ or Producer?

I really like to create remixes of bands that I admire and one of them is Kraftwerk. I did a remix of the song Neon Lights that had an incredible repercussion in my career. A lot of DJs around the world played it. I once logged into Facebook to post the sample of a new release and got a message. It was Wolfgang Flur (Kraftwerk Former). He said he loved my remix and if I could send it to him. He also requested the channels to create a personal version. Recently, I was reading his book (I Was A Robot) and saw my name in the book. I was shocked and happy at the same time. But it’s always like this. When you make something without expecting anything in return, you are always surprised at what you end up getting.

As a DJ, I’ve played at the most important South American club, Warung Beach, and divided the stage with artists like Hernan Cattaneo, Dave Seaman, Sharam, Guy J, but there are many names and all these names are special for me.  All the DJs that split the pickups taught me a lot of things, and I’m grateful for that. As a party producer, Guy J played for the first time in Brazil in a party I did, and also we played at the same line up. But every new achievement, every new performance, every new smile from the people who are listening to your music in the club is already a reward.

What do you have coming up that you’re excited about?

My new show on Frisky Radio.

What can you tell us about your new show?

It’s a personal realization for me. I’ve been a Frisky fan for a long time. To be part of this team makes me happy. The name of the show is Fenix and it’s the name of my own party. I’m receiving a lot of amazing new tracks and will be a pleasure to share this music to all listeners every new month.

Cream Takes You on a Sonic Journey With...

Get Your Groove on With Viktop’s La Llave

Immersed in Inspiration at Aures London